Back in July of 2020, July 9 to be exact, I published “The Middle Seat Hump Syndrome,” a clever little ditty if I say so myself wherein I compared the then fairly new encounter with the coronavirus, which we don’t even call it that any more. Toward the end of an honest to gosh true tale of summer family vacationing, I said with much assurance that we will all be fine in the long run. Guess what? I was right! Politicians, social media “experts” in-laws, naysayers, leftist, rightists, centrists all aside, I was right! We are pretty much okay as long as you don’t ask the 6.35 million people who lost their lives. Yes that number could have been smaller had we paid less attention to the politicians, social media “experts” in-laws, naysayers, leftist, rightists, but we’re stupid so we didn’t. Maybe next time we will.

Because today is the Fourth of July, which of course everybody knows is officially American Independence Day, and because the entire country is out there burning gas we don’t have to pursue their right to a family vacation, I thought I’d regale you again, with “The Middle Seat Hump Sydrome,” with that pesky typo corrected even!

You need to be of a certain age to remember summer vacations in the family car with enough family that it filled all the seats, three across, and the middle seat made the leg room in coach on Delta look generous for there, right where your feet wanted to be, was “the hump,” the growth in the floorboard that rose nearly to seat level, to allow whatever it was that transferred the up and downs of the engine to the round and round of the rear wheels to make it’s way from the motor to the where the rubber met the road. I am of that age and had been on those vacations and I got that middle seat.

It wasn’t always like that. For a while there were just two of us in the back and we would each get out own window seats with plenty of room between for the picnic basket and cooler that were only opened at planned stops along the way. Then the third one came along. At first it wasn’t such a big deal. She started out in the baby seat in the middle of the front seat (yes, that’s where we put them when we used them back then). After she outgrew that space, she shifted to the back but because those short, stubby legs didn’t even make it off the seat, the hump was not impediment to her comfort. Eventually though, she grew and with that, so did the complaining. “I don’t want to sit on the hump!” And the word came from the front, “take turns.” From then on, whenever the car stopped, the back seat crowd reshuffled, and everyone got a turn being uncomfortable where we decidedly didn’t want to be.

That’s a little like what’s going on in the world now. Each time it appears to be stopping, or at least slowing enough to risk opening the door and get off this crazy ride, the virus comes back, and we have to reshuffle. Do we limit contact, should we close down again, does this mask make my nose look big? Regardless of the answer, some bodies are going to end up decidedly where they don’t want to be doing what they’d rather not be doing or not doing what they’d rather do. Think of the world as an early ’64 Chevrolet and were all taking turns sitting on the hump.

I’m going to spoil the ending for you. It all works out. Nobody was permanently damaged from sitting with a leg there and the other one there. We climbed out of the backseat a little stiff and a little sore but we made. We’ll make it through this also. Maybe a little worse for the wear after this ride that you are certain we got lost on because no way it should be taking this long, but eventually we are going to climb back out into the world.

Middle seat hump syndrome was never that horrible and may have been the inspiration for some future engineer to design SUVs with higher cabins that clear all those mechanical doodads or to shift the driving wheels to the front and obviate the need for a hump running down the middle if the cars interior. Along those same lines it could be someday we might even get to go out and not have to check that we have our masks with us. We just have to wait for the right expert to come up with the right solution. They are out there. There will find it.

In the meanwhile, Happy Motoring!

If you haven’t had a chance to visit ROAMcare yet, stop by, refresh your enthusiasm and read our blogs, check out the Moments of Motivation, or just wander around the site. Everybody is always welcome.

3 thoughts on “Revisiting the Middle Seat” 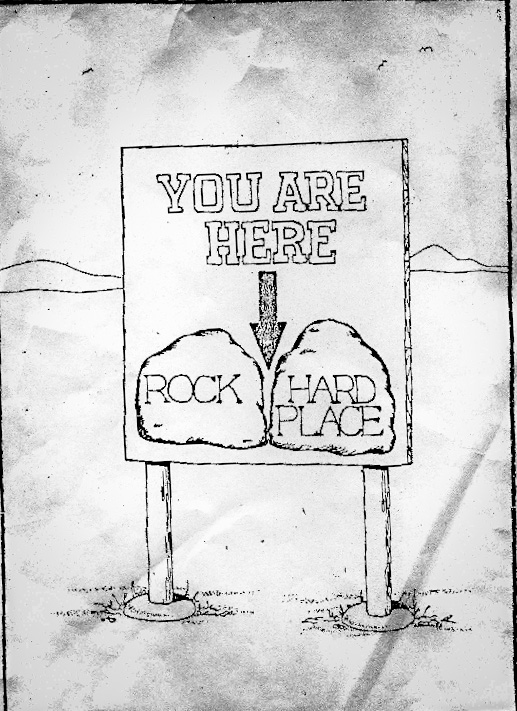